In the past decade, blockchain technology has been booming. While initially associated with the controversial cryptocurrency Bitcoin, blockchain has since found applications across a wide range of industries beyond finance. So what is this exciting new technology? At its most basic level, a blockchain is a digital ledger of transactions. Unlike a traditional ledger, which is maintained by a central authority, a blockchain is distributed across a network of computers.

This decentralized structure has several advantages. First, it makes the system more secure against hacks and tampering, since there is no single point of vulnerability. Second, it allows transactions to be verified and authenticated by the network itself, rather than by a third party such as a bank or government. This makes blockchain particularly well-suited for applications where trust is important, such as in financial services or voting systems.

One of the most innovative aspects of blockchain is its potential to enable so-called “smart contracts.” A smart contract is an agreement between two parties that is written into code and stored on the blockchain. Because the contract is stored on the decentralized blockchain network, it can be executed automatically and cannot be tampered with. This could revolutionize many industries by making agreements more efficient and secure.

So far we’ve only scratched the surface of what’s possible with blockchain technology. With its potential to increase security and efficiency while reducing costs, this exciting new technology is sure to have a major impact in the years to come.

What is Distributed Ledger Technology?

Distributed ledger technology (DLT) is a digital system for recording the transaction of assets in which each asset has its own dedicated ledger. The ledgers are distributed across a network of computers, making them public and tamper-proof. Transactions are recorded in a block, and each block is linked to the previous one, creating a chain. Blocks are verified by consensus among the nodes in the network, and each node has a copy of the entire ledger.

The use of DLT can create more efficient, transparent, and secure systems for managing assets and transactions. For example, DLT can be used to record ownership of assets such as land titles, diamonds, or artworks. It can also be used to track supply chains or payments made between businesses or individuals.

One advantage of DLT is that it can reduce or eliminate the need for intermediaries in some transactions. For example, if two companies want to trade money or goods without using a bank or other third party, they can do so using DLT. This could potentially save time and money while also increasing security.

Another advantage is that DLT is often more secure than traditional databases because it is decentralized and there is no single point of failure. Additionally, all transactions are recorded on the public ledger so they cannot be altered retroactively without detection.

Some potential drawbacks of DLT include the fact that it is still relatively new and untested on a large scale. There are also concerns about privacy

How Does Blockchain Work?

A blockchain is a digital ledger of all cryptocurrency transactions. It is constantly growing as “completed” blocks are added to it with a new set of recordings. Each block contains a cryptographic hash of the previous block, a timestamp, and transaction data. Bitcoin nodes use the block chain to differentiate legitimate Bitcoin transactions from attempts to re-spend coins that have already been spent elsewhere.

The maintenance of the Blockchain Technology is performed by a network of communicating nodes running bitcoin software. Transactions of the form payer X sends Y bitcoins to payee Z are broadcast to this network using readily available software applications. Network nodes can validate transactions, add them to their copy of the ledger, and then broadcast these ledger additions to other nodes.

To achieve independent verification of the chain of ownership each network node stores its own copy of the blockchain.[65] About every 10 minutes, a new group of accepted transactions, called a block, is created, added to the blockchain, and quickly published to all nodes, without requiring central oversight.

This allows bitcoin software to determine when a particular bitcoin was spent, which is needed to prevent double-spending. A conventional ledger records the transfers of actual bills or promissory notes that exist apart from it, but the Blockchain Technology is the only place that bitcoins can be said to exist in the form of unspent outputs of transactions.[3]:ch. 5

There are three primary types of blockchains: public, private, and hybrid.

1- Public blockchains are permission less and anyone can join and participate in the network. Bitcoin is the best-known example of a public Blockchain Technology.

2- Private blockchains are permissioned and only authorized participants can access the network. These networks are often used by organizations that need to share data or transactions amongst themselves but don’t want to make this information public.

3- Hybrid blockchains are a mix of both public and private blockchains. They offer the benefits of both while also allowing for customization according to the needs of the organization or group using them.

Use Cases for Blockchain Technology

There are a number of potential use cases for blockchain technology. For example, blockchain could be used to create a secure, decentralized database for storing medical records. This would allow patients to access their records from anywhere, and would make it difficult for hackers to tamper with the data.

Another potential use case is using Blockchain Technology to create a digital identity system. This could be used to verify the identity of individuals when they are conducting online transactions. This would help to reduce fraud and could potentially be used in applications such as voting.

yet another potential use case for blockchain is creating a decentralized marketplace for buying and selling digital assets. This would allow buyers and sellers to transact directly with each other, without the need for a central authority.

Blockchain also has the potential to be used in supply chain management. For example, each time a product changes hands, the transaction could be recorded on the Blockchain Technology. This would provide transparency and traceability throughout the supply chain, and could help to prevent counterfeiting and fraud.

The Future of Blockchain

The future of blockchain is shrouded in potential but fraught with uncertainty. But despite the challenges, there’s reason to believe that Blockchain Technology will continue to grow and transform the way we interact with the digital world.

One of the most promising aspects of blockchain is its ability to create new economic models. For example, a recent study by McKinsey & Company found that blockchain could enable new business models that generate up to $3 trillion in value annually by 2030.

But while the potential for Blockchain Technology is great, there are also significant challenges that need to be addressed. For instance, mass adoption of blockchain still faces significant hurdles, including a lack of understanding among the general public and regulatory uncertainty.

Despite the challenges, it’s clear that Blockchain Technology is here to stay. And as more businesses and individuals begin to understand and use the technology, we’re likely to see even more transformative changes in the years ahead. 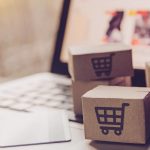 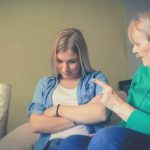