Reveals Egyptian Mummification: A new exhibit at the British Museum at the University of Manchester is revealing that ancient Egyptian mummification was never intended to preserve bodies for the afterlife. The exhibit, called “Mummies: Exploring Ancient Lives,” uses modern science to dispel many of the myths surrounding the process of mummification.

Through CT scans, x-rays, and DNA analysis, researchers have learned a great deal about the people who were mummified.

For example, they have been able to determine the ages, sexes, and heights of the mummies, as well as what diseases they may have suffered from. This exhibit is important not only for what it reveals about ancient Egyptian mummification but also for what it teaches us about using science to study history.

What is Reveals Egyptian Mummification?

Mummification was a process used by the ancient Egyptians to preserve the bodies of their dead. The process involved removing all the internal organs, drying out the body, and wrapping it in linen. This ensured that the body would not decompose and would be preserved for eternity.

Mummification was seen as a way to ensure that the soul of the deceased would be able to return to their body and enjoy the afterlife. It was also believed that mummifying a body would protect it from evil spirits.

The process of mummification could take up to 70 days and is often performed by priests. The first step was to remove the brain, which was done through a hole in the nose. The brain was considered unimportant and was thought to be useless in the afterlife.

The next step was to remove all the internal organs, except for the heart. These organs were placed in canopic jars and buried with the mummy. The heart was left in the body because it was thought to be where the soul resided.

After all the organs were removed, the body was dried out using natron, a type of salt found in Egypt. This ensured that bacteria could not grow and decompose the body. Once dry, the body was ready for wrapping.

The final step in mummification was to wrap the body in linen strips. This created a barrier against moisture and further decay. The mummy could then be placed in a coffin or tomb and

What does the exhibit Reveals Egyptian Mummification?

The ancient Egyptians believed that mummification would preserve a person’s body for the afterlife. The process of mummification lasted up to 70 days and involved removing all the organs from the body and wrapping the body in linen.

Reveals Egyptian Mummification is an exhibit that explores this fascinating process.The exhibit starts with a look at the tools that were used in mummification, including scalpels and hooks. It then moves on to the embalming process, which involved using natron (a type of salt) to remove all moisture from the body. The body was then wrapped in linen and placed in a sarcophagus.

The final stage of mummification was the funeral, which was a lavish affair that often included a procession and burial in a tomb or pyramid. The exhibit includes many examples of tomb paintings and objects that were placed in tombs to help the deceased in their journey to the afterlife.Reveals Egyptian Mummification is a fascinating exhibit that provides insight into an ancient culture’s beliefs about death and the afterlife.

How does this change our understanding of ancient Egyptians?

The ancient Egyptians are renowned for their mummification practices, which were long thought to be intended to preserve the bodies of the dead for the afterlife. However, a new exhibit at the British Museum reveals that this may not have been the case.

The exhibit, titled “Mummies: New secrets from the tombs”, features over 100 objects from ancient Egypt, many of which have never been seen outside of the country before. Among these objects are several mummies that show signs of having been prepared for burial in a hurry, with little care taken to ensure their preservation.

The new exhibit on Egyptian mummification at the University of Manchester is a fascinating look into how the ancient Egyptians viewed death and the afterlife. What’s most interesting is that the process of mummification was never intended to preserve bodies, but rather to prepare them for the journey to the afterlife. This makes sense when you consider how elaborate and expensive the process was, and it also explains why so many mummies have been found in poor condition. If you’re interested in learning more about ancient Egyptian culture, this exhibit is definitely worth a visit. 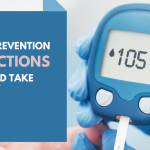